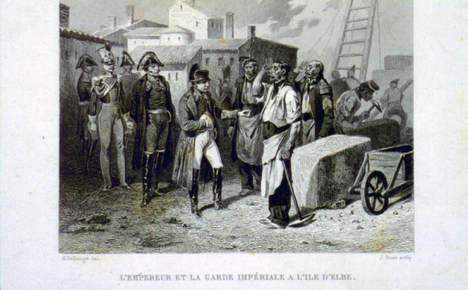 ​Primary Sources are items that were created or used in the period under study. They are direct sources of information that tell us about people, places, and events. Primary sources can include eyewitness accounts, speeches, diaries, letters, photographs, official documents, clothing, tools, furniture, artwork, buildings, and contents of museums and historic sites. They reveal the true story, and interpreting the information you get from them is up to you.
For this assignment, you will select two primary sources to study:
PART 1: Firsthand accounts of events, including letters, diary entries, speeches, and official documents.

Your Task: Select one firsthand account from the print sources provided, and analyze the primary source by answering the following questions in your notes:
PART 2:  LIBERTY, EQUALITY, FRATERNITY: EXPLORING THE FRENCH REVOLUTION is a digital archive of some of the most important documentary evidence from the Revolution. The archive is authored and edited by Lynn Hunt of UCLA and Jack Censer of George Mason University, both internationally renowned scholars of the Revolution.
Primary Sources included in this archive:
YOUR TASK: Choose ONE primary sources from the digital archive, and evaluate the source by answering the following questions in your notes:
Sample Answer:
West Vancouver School Libraries are located on the territories of the sḵwx̱wú7mesh (Squamish), sel̓íl̓witulh (Tsleil-Waututh), and xʷməθkʷəy̓əm (Musqueam) Nations.